Litigation analytics have fast established themselves, a leading provider has claimed as it named the top law firm and barrister across the higher courts in England and Wales.

Looking at 11,067 cases from 2016 to 2018, Premonition said Stephen Smith QC of Erskine Chambers, who over 21 cases accomplished a 91% win rate, was the best-performing barrister.

Devonshires Solicitors, which won all 12 recorded cases, was the leading law firm.

Premonition’s 2018 report lists top 10s for each major court. Co-founder Toby Unwin recalled in the introduction how angrily some lawyers responded to the first one in 2014. 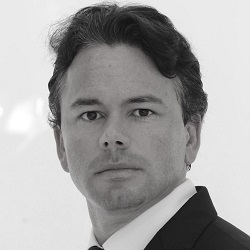 “Now legal analytics is ‘the new black’, and the furore that a US-based start-up business had the audacity to analyse the performance of lawyers and question whether their clients were receiving value has diminished to grumbling acceptance together with the need to pretend to offer similar services,” he said.

“Many general counsel now require performance data from their law firms. This goes beyond asking, ‘Was your lawyer responsive and courteous?’ to understanding hard outcome and results data…

“A few law firms realise that winning new clients is simple when you can prove you are better than their existing lawyers. Displaced firms are reluctantly joining the performance bandwagon rather than risking falling further behind.”

Mr Unwin said it was “surprising” to learn that many of the law firms “currently touting their prowess on their smart web sites about Bitcoin, autonomous vehicles and drone law have never tried a single case in any of these areas”.

Other findings were that the Bar, as represented in the higher courts, “is even less diverse than the already poor Bar Standards Board figures” and that, as a group, litigants in persons outperformed professionals.

“The legal landscape is shifting, and analytics is driving that change,” Mr Unwin insisted. “With only a 3% correlation between higher fees and better performance, the profession is ready for perception/reality arbitrage.

“The way law firms and barristers are instructed will never be the same again.”

Mr Unwin stressed, however, that “no one expects” law firms and barristers to be instructed on the basis of this information alone.

He acknowledged that other factors could mitigate a ‘lost’ case, such as achieving a reduced quantum, and that it did not take account of settlements.

“These points are for the lawyers concerned to argue and explain when asked about their track record by those clients who have Premonition’s data.”

He also questioned that claim that some lawyers who have low win rates only take the toughest cases, and vice-versa, saying the cab-rank rule prevented this.

AI In Law Use Case #1: Premonition