The Robot Lawyers are Here – Legal Analytics is Winning

The Robot Lawyers are Here – Legal Analytics is Winning

Amid the dire – and somewhat overhyped – predictions of occupations that will be decimated by artificial intelligence and automation, there is one crumb of comfort. Yes, lorry drivers, translators and shop assistants are all under threat from the rise of the robots, but at least the lawyers are doomed too. (Some of my best friends are lawyers, honest.)

That at least may be your conclusion when you hear about a fascinating contest that took place last month. It pitched over 100 lawyers from many of London’s ritziest firms against an artificial intelligence program called Case Cruncher Alpha.

Both the humans and the AI were given the basic facts of hundreds of PPI (payment protection insurance) mis-selling cases and asked to predict whether the Financial Ombudsman would allow a claim.

In all, they submitted 775 predictions and the computer won hands down, with Case Cruncher getting an accuracy rate of 86.6%, compared with 66.3% for the lawyers.

Quite a triumph then for a tiny start-up business. For Case Cruncher is not the product of a tech giant but the brainchild of four Cambridge law students. They started out with a simple chatbot that answered legal questions – a bit of a gimmick but it caught on. 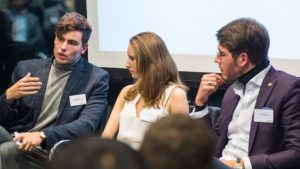 Then they turned to something more sophisticated – a program that could predict the outcome of cases. I was surprised to hear that none of the team had a background in computer science, though it seems the chief executive Ludwig Bull has taught himself about AI during his legal studies.

“There’s a lot of these cases and the information isn’t too complicated,” he explained.

“For certain things like this you can ask a machine and it will do it far more speedily and efficiently than a human.”

So, should lawyers now fear for their jobs? Felix Steffek is cautious about reading too much into this competition.

“Both sides could have achieved better or worse results under different conditions,” he said.

“The artificial intelligence might have benefited from more computing power. The lawyers’ results might have improved if only experts in PPI claims as opposed to commercial lawyers generally participated.” 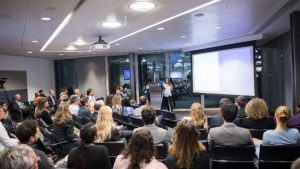 The results of the week-long competition were announced on Friday. CaseCrunch

Ian Dodd thinks AI may replace some of the grunt work done by junior lawyers and paralegals but no machine can talk to a client or argue in front of a High Court judge. He puts it simply: “The knowledge jobs will go, the wisdom jobs will stay.”

And maybe the smartest, wisest lawyers will do what the Case Cruncher team have done – develop new uses for AI in the law.